Why Anja?
Get the Kit

In July of 2017, our lives were forever changed. We were returning from our annual family vacation at the beach. My husband would always make the 11-hour drive back with the boys and the dog, and my daughter and I would fly. Moments after our plane landed, my son called. “Mom, we think dad had a stroke.” That moment will stay with me forever.

At 57, my husband had never been sick a day in his life. Labeled initially as one with an unknown cause, we later learned it resulted from a congenital disability: a hole in his heart that didn’t close after birth. Even though he never had any indication of an issue, a blood clot had slipped through that hole.

The stroke left him with right side paralysis and severe apraxia of speech. However, due to his physical strength, determination, and an incredibly intensive therapeutic program, he regained his ability to walk. His most significant challenges were severe speech apraxia and the inability to use his right hand.

He made significant progress in therapy—although never fast enough for Dominic. That progress was disrupted when he suffered his first seizure six months after the stroke and endured more than 100 seizures in the following year. As if the seizures weren’t enough, he was hit with unbearable post-stroke pain.

Given where the seizures occurred in his brain, the recommendation from medical professionals was a series of surgical procedures to isolate and then treat/control the seizures. While the recommended surgeries felt promising, they were invasive and would have a long recovery.

Overwhelmed, we both decided to continue with our research for options. I stumbled upon Cord Blood Center Group in Munich, a health center providing minimally invasive stroke recovery via cord blood infusions for people who have had an ischemic stroke. I carefully read each word on the website. Intrigued by the prospect of umbilical cord blood transplantation for ischemic stroke recovery, we started a conversation with Dr. Thoennissen, who wanted to understand Dominic’s medical history and genuinely wanted to know Dominic as a person. He took the time to get to know our story. He encouraged us to consult with our medical team about the approach and continue doing our research.

We dug further into the Stanford and Duke studies, where they utilized cord blood transplants to treat stroke patients. Although limited studies existed, the scientific evidence of using cord blood stem cells was overwhelmingly positive. We consulted with our team of doctors and other medical professionals, who raised no objections.

We booked the trip and arrived in Munich in early October. We started the process a few days later. The first day we spent doing preliminary testing. For the next two days, my husband received cord blood stem cell infusions. There were no side effects other than a little bit of fatigue after the first treatment and an odd odor on his breath (DMSO) that lasted a few days.

My husband has not had a seizure since the treatment! The most extended period he had been “seizure-free” after this stroke and before the treatment was six weeks. At approximately four weeks post-treatment, his pain began to subside. Although the pain isn’t gone, it’s manageable. And there are days when he is entirely pain-free.

We’ve also experienced unexpected improvements with speech. At approximately six weeks post-treatment, friends, family, and therapists noticed he was much more conversational, putting together two, three, and four sentences at a time. His speech continues to improve with occupational therapy.

Finally, and most importantly, his spirits are better. He laughs more often, smiles more, and stands a little taller without the constant burden of seizures and pain. Cord blood transplantation gave us hope, and the experience was something we will treasure for our lifetime. 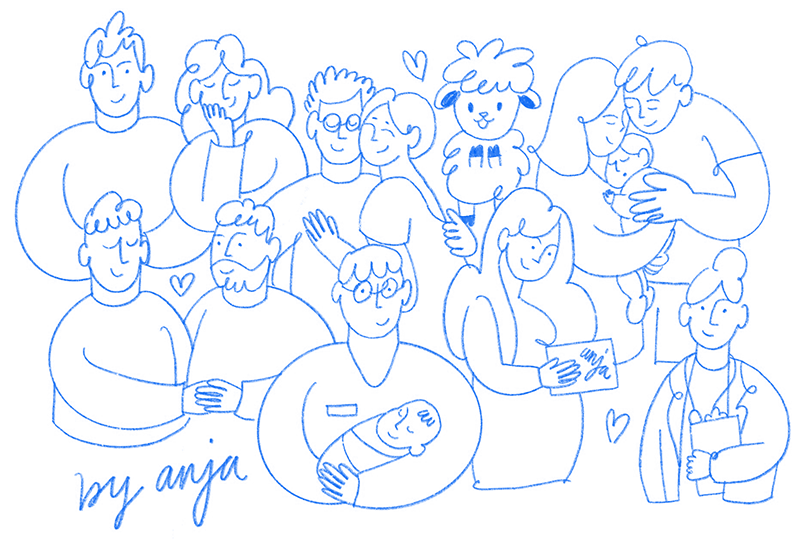